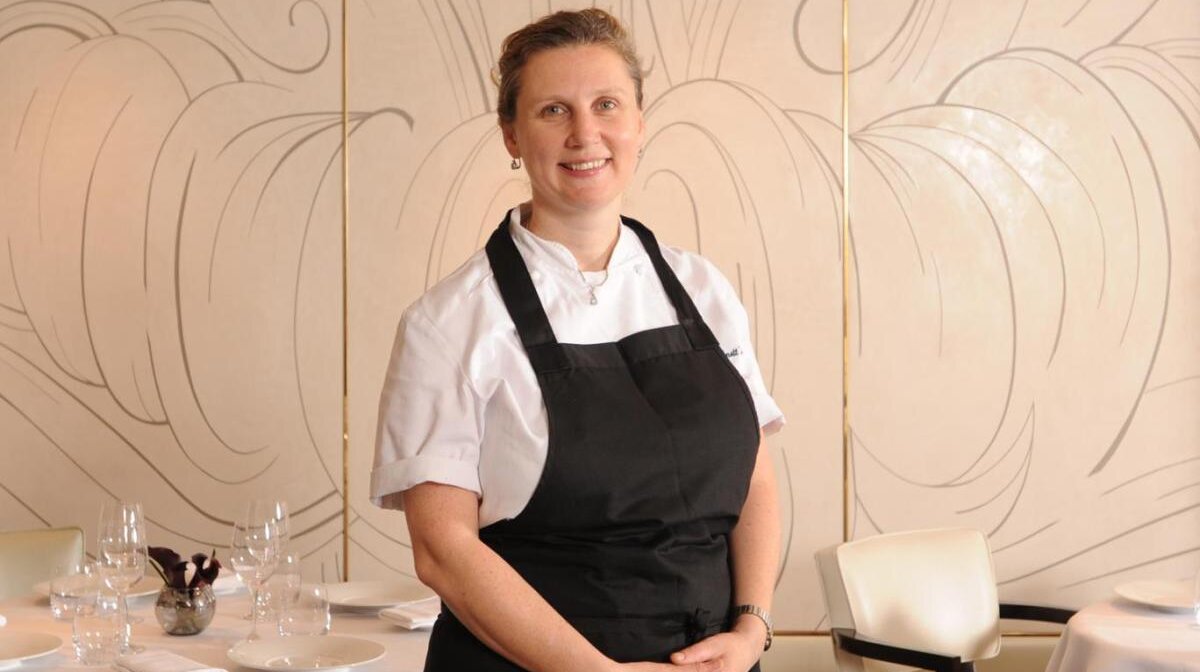 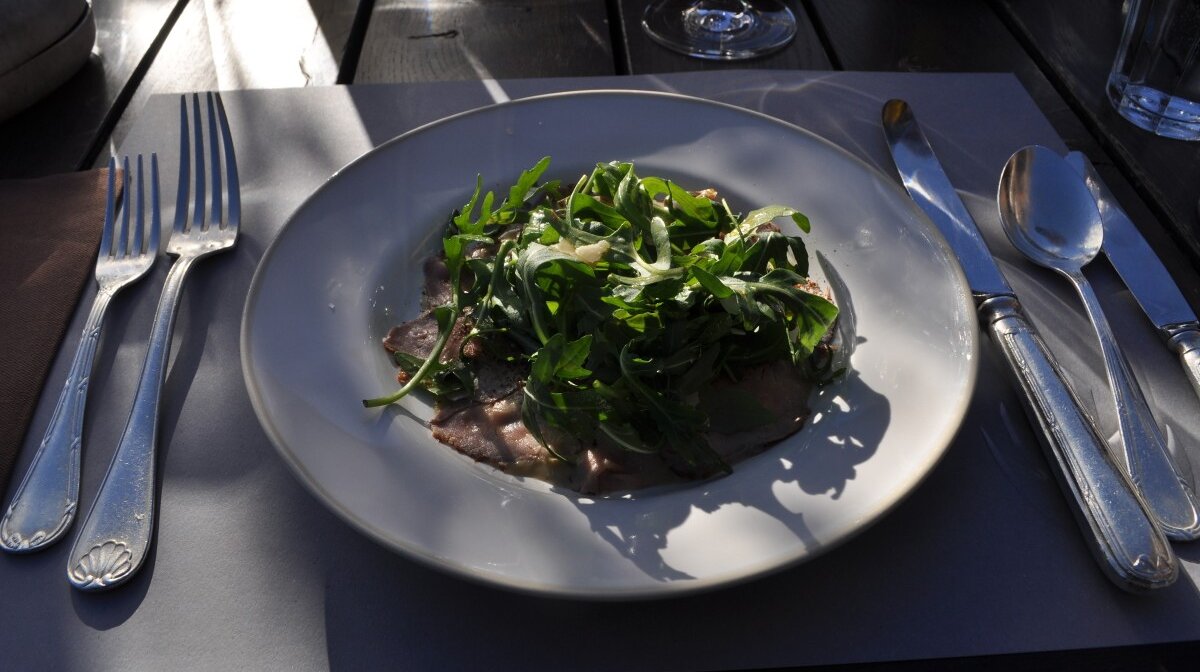 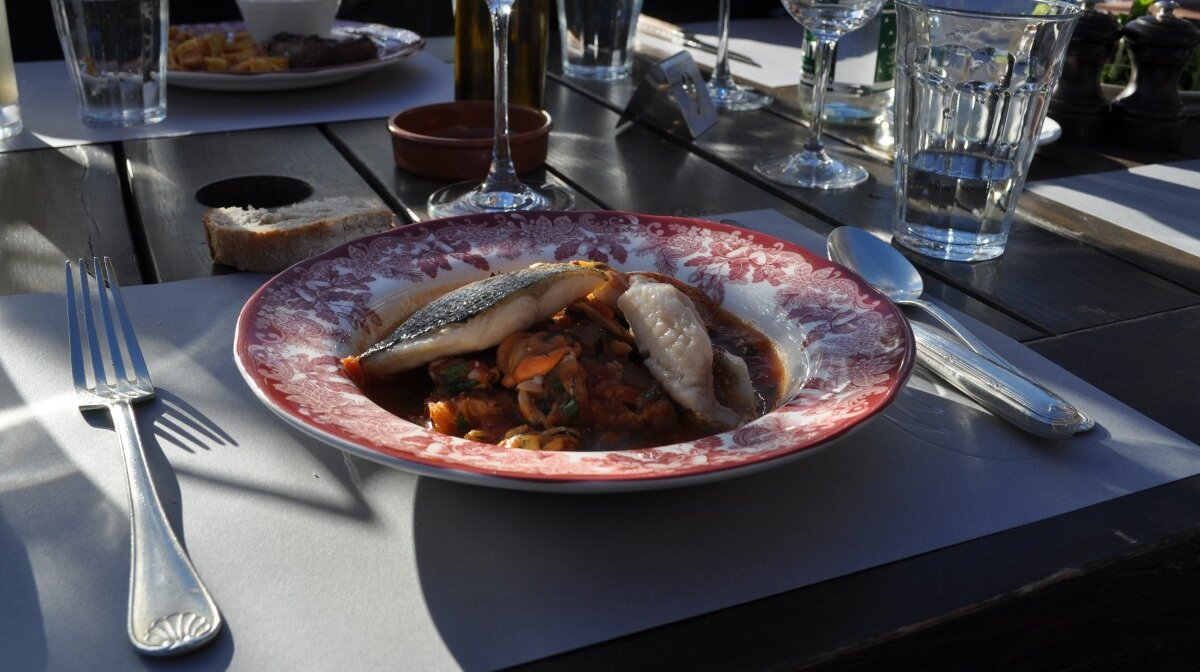 We have more Michelin-starred restaurants in the Three Valleys that you could shake a spatula at. And if you want fondue, raclette, pizza or steak, then I could point you in the direction of any street in any of the resort levels and you’d find something in your price range, we have loads of choice.

But when I heard that the owners of the Hotel Portetta in Courchevel Moriond (owners also of the Pig hotels in the South of England and the Lime Wood Hotel in the New Forest) had brought out their chef Angela Hartnett to open a new restaurant, I became unrestrainedly excited by the promise of a gust of fresh Italian air whistling through the fondue-filled mountains.

Cucina Angelina has been planned in conjunction with the Portetta’s chef Henri Dereani, a local man, passionate about his local Savoyard produce. He hunts – something many locals do – and reportedly scrambles to the rocky peaks to collect the flowers for his homemade genepi. He also makes a cracking jar of jam! His homemade confitures, preserves and genepi are available in reception, all beautifully bottled and displayed. So given this heritage, it’s not totally surprising that there’s tartiflette on the menu. But it was the one thing I knew I wasn’t going to choose…

The rest of the menu is a whirl of Italian delight – words such as fritto misto, pecorino and polpo made me tingle with glee. The vegetarian beside me had more than one option from which to choose, whereas usually in the mountains she struggles to go beyond omelette (‘hold the lardons’) or requesting that the goat’s cheese salad has the cured ham removed.

Declining the delectable-looking pizzas which have been cooked to perfection in the wood-fired oven, I peruse the menu and know that I’m going to enjoy whatever I pick.

For antipasti there’s a salad of pear, pecorino, fennel, radish and parsley. Another of mozzarella, lentils, marjoram and olive oil. I opt for a classic – Vitello Tonnato. It wows me with its salted, savoury, creamy deliciousness.

Given time for a Primi, it would have been a toss-up between Agnolotti: guinea fowl and sage, or Risotto alla Zucca: pumpkin, gorgonzola, walnuts. I was almost tempted by something from La Griglia, the new open grill that has been installed to roast lamb, chicken and beef to perfection, however, on recommendation I choose the Zuppa di Pesce. A riot of fresh colour and flavour, it is herby and vehemently fishy with a shoal of mullet, bream and seafood. An abundance of tomatoes sings its heart out and provides a real blast of glorious Italian sunshine which, in the snowy surroundings, was just utterly fabulous.

For dessert I tried the Torta with chocolate and almond. Invitingly rich, deep and dark, it promises and delivers a supremely indulgent end note to a truly tasty and refreshingly different meal. Coffees were served with excellent homemade biscotti alongside.

If you choose to eat outside on the terrace, it’s a stylish place to sit and absorb the mountain atmosphere – there are fire pits, smart trees and inviting sofas with snuggly furs. The interior is warm, relaxed and handsomely decorated in a boutique mountain lodge style and the toilets are pristine, not always something you can rely on in a typical piste-side restaurant! Vegetarians, whilst well catered for, may not enjoy the forestful of taxidermy inside. It’s a mountain thing, you can’t escape it…

The service from the French and English team was great - all friendly and attentive.

Cucina Angelina is definitely worth a visit (or two!) if you are staying in Courchevel and I’d certainly recommend that any visitor from further afield in the Three Valleys takes a trip over in the direction of Courchevel Moriond to race down the uncrowded, flattering pistes with the promise of an Italian feast at the finish line.