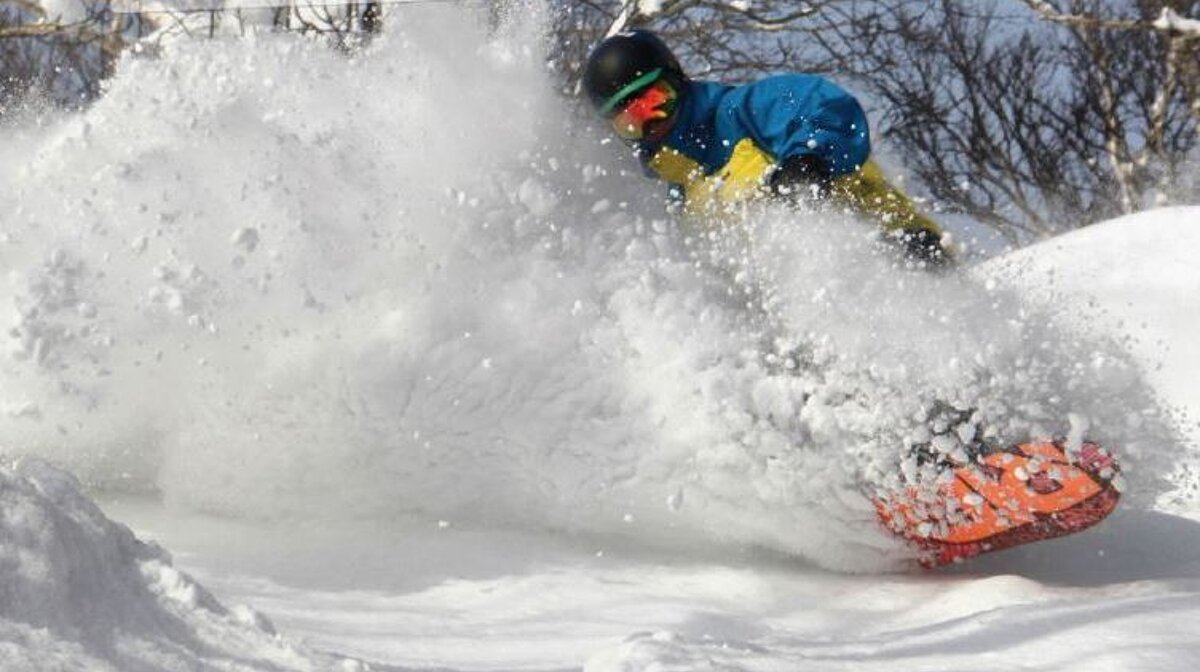 Tom's a busy, busy guy, but he still manages to make the most of his time on the mountain, but that's only when he's finished answering all the French phone calls, fixing t'internet, the steam press and catching up on Breaking Bad.

How long have you been working with Alpine Elements?

I was a bit of a late starter with Alpine Elements this season, arriving just a couple of weeks ago. My friend Chelsey from back home works here on accounts and let me know they were in need of a French speaker on reception; I had an interview on the Wednesday and was out in resort by Sunday - stoked to get out of England and into the French Alps - thanks Chels!!

What makes La Tania a special place to be for someone in your profession?

It has to be the location; La Tania gives doorstep access to the 3 Valleys offering some of the best parks and pistes in Europe. Hotel Le Montana is also a great place to work with an awesome team and great facilities.

What are the best bits about your job?

Working on reception normally involves nothing more than talking to guests and answering their questions. However, now that I have somehow become known as the only French speaker in the hotel I have also recently gained titles including IT technician/ games machine man/organising haircuts for the whole hotel/"Tom take this phone call I dont understand what they're saying"/linen press technician amongst others. Basically this means every day is different and I enjoy the variety. Although one thing never changes and that has to be the heaps of time available to go snowboarding... that's probably the best bit about the job.

And the worst bits?

I guess the 4am start on transfer day has to be the toughest part of the week; it's a long day but power on through and it's over pretty quickly.

What is in store for the future with Alpine Elements Hotel Le Montana, any exciting projects?

We are always looking at ways to improve the hotel and the way we do things. For example, the bar staff are looking into a make-your-own-cocktail night and we've recently started a comedy night held every fortnight. I also recently set up a Facebook and Instagram page to keep guests informed of snow conditions, photos and events. We're also encouraging guests to send in their photos to us. Check it out at www.facebook.com/HotelLeMontana and @hotellemontana

What are your personal and professional goals for the future?

Personal goal this season: get one of my photos on the front cover of next years Alpine Elements brochure! I've also got some goals I want to achieve with snowboarding, particularly in the park. Professionally, I guess I always wanted to become a pilot or make use of my recent aerospace engineering degree and get into designing F1 cars, that would be pretty cool.

The DC Park in Meribel is awesome! I'm also a big fan of tree runs and there's some awesome off-piste trees with drops left right and center tucked away in La Tania. Courchevel 1650 is probably my favourite pisted area to ride; it's always pretty quiet and there's some fun terrain.

Where would you send someone who was after that something 'something special' in resort, to stay, eat or drink?

Definitley it's location. Also as it does not have "Courchevel" in it's name, it's also a lot cheaper to eat and drink compared to most other places in the 3 Valleys.

It's a pretty small place so night-life is limited! But nonetheless the beer flows and never stops.

Favourite thing to do in resort?

Most of the hotel staff seem to be pretty hooked on the TV series Breaking Bad right now, even sacrificing ski/ride time to catch up with the next episode and be one series ahead of everyone else. I'm not sure if I missed out on some kind of EuroMillion Breaking Bad cash prize competition, but generally my favourite thing to do around here is to go ride!

What do you do in the summer?

I haven't actually had a full summer since 2007. For the last 6 summers I've been in winter, instructing snowboarding and skiing down in Queenstown, New Zealand. It's a lot of fun down there in an amazing setting and a great crew of people. The resort I work at is The
Remarkables - named due to the fact it is situated on one of the only North to South running mountain ranges in the world.

Where are we most likely to find you for après-ski?!

Jake our barman extraordinaire just informed me that tonight is "shot night" in Ski Lodge. So I guess that's where I'll be later...

Thanks Tom. You really do meet some interesting people in resort. If you're staying at the Montana, pop in and say Bonjour to Tom, he'll be the one on the front desk.