During a press conference on November 23rd, French president Emmanuel Macron stated that he deemed it "impossible" for ski areas to open for the Christmas holidays. However, a final decision will be announced in early December, sometime between the 5th and the 8th.

French Prime Minister Jean Castex comfimed on Thursday 26th November, that the French ski resorts will be "open but closed". In essence, resorts are towns/villages and are "open" and populated as can be their shops from the 28th November, in a nationwide relaxing of the most recent lockdown. Nonetheless, bars, restaurants, "collective facilities" and most importantly the lift-systems are to remain closed. Naturally, fresh air and mountain scenes would still be available in abundance for anyone still wishing to stay over Christmas and New Year.

This latest pronouncement has crushed the hopes of local businesses and leaders, who have been arguing for another 10 days of reflection and data before a ruling.

In the last few days, it has emerged that the pressure to keep all European resorts from opening fully, until the 10th of January 2021, was being led by Germany and Italy, at an EU level, in order to prevent a further and wider spread of coronavirus infections. Nonetheless, Swiss resorts are already open, and as a non-EU member Switzerland is endeavouring to keep its resorts open (at least for now).

The head of the national associations of mountain resort mayors (ANMSM), Jean-Luc Boch, himself the mayor of La Plagne, questioned the sense of the government's thinking which he described as "totally incomprehensible". Given that other public transport such as the Paris metro, where there can be 400 passengers onboard, and cinemas and theatres are open, why is there a different rule for the mountain resorts?

The Prime Minister also hinted at discussions of compensation for the tens of thousands of unemployed season-workers and businesses.

Stay tuned for mounting political pressure over the coming days...!

Macron also stated that the government favoured a date in January for the start of the ski season, possibly the 10th, when health conditions following a "Christmas relaxation period" have been assessed. This follows the ruling of other European countries like Germany and Italy where ski areas will remain closed for Christmas and New Year.

Restaurants, bars gyms and other public spaces will be shut until at least January 20th when a further announcement will be made, with only takeaway services allowed until then.

Local businesses are under extreme duress following this latest announcement. The ski resorts and local mayors are requesting a further review on the 5-8th December about the festive period opening, given the huge impact on the local economy, business owners, employees and livelihoods where most of the annual revenues are generated in a 4 month period. Many safety precautions have been taken and most of the activities and lifts are in the open air. Enclosed ski lifts are similar to public transport which is already open in the rest of the country and gondalas could even be considered "private" transport.

Everyone in Courchevel is working hard to be able to open their doors to skiers and snowboarders this winter, even if it's a bit later than usual. We'll update you as soon as we know more!

Ad
Ad
Got a Courchevel Question? 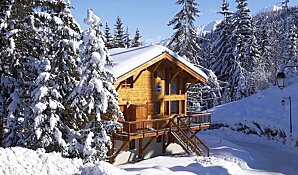